The Back Bay Guitar Trio, consisting of David Newsam, John Mason, and Jason Ennis, was formed in 2002. The Trio plays a mixture of popular jazz, well loved classical selections, and timeless songs.

No registration is required for this live event.

The Back Bay Guitar Trio formed in 2002 and has performed at Dartmouth College, Longy School of Music, Berklee College of Music, St. Anselm College, University of New Hampshire, The House of Blues and at the world renowned Boston Hatch Shell. The BBGT have also been featured artists in the Boston Classical Guitar Society concert series, and opened up for guitarist Al Dimeola at the Lebanon (NH) Opera House. The Back Bay Guitar trio toured Germany in the summer of 2009.

David Newsam currently works as an assistant professor in the guitar department at Berklee where he has taught since 1989. He is also employed as a senior lecturer in music at Dartmouth College in Hanover, NH where he teaches guitar and jazz improvisation. David created the jazz guitar program at the University of New Hampshire where he teaches, directs the UNH Jazz Guitar Ensemble and coaches jazz ensembles.

John Mason grew up in Westwood Mass and currently resides in Northampton Mass. He studied at Middlebury College, graduating in 1984 with a bachelor's degree in music. He furthered his music education at the Berklee College of Music the following year. In 2002, he won the Guitarmageddon National Championship at the Rock and Roll Hall of Fame in Cleveland. He is currently on faculty at Westfield State College, Holyoke Community College and the Northfield Mount Hermon School.

Jason Ennis is an exciting voice in the world of jazz guitar. His unique sound, deep groove and sensitive feel, along with a diverse background in jazz, blues, Brazilian music and classical music have made him highly in demand as a soloist, sideman, bandleader and musical director. A graduate of Middlebury College (BA in music), Jason attended Berklee College of Music (Boston) and The San Francisco Conservatory of Music.

The Hingham Library and the Boston Classical Guitar Society gratefully acknowledge the support of Coastal Heritage Bank for this season's concert series. 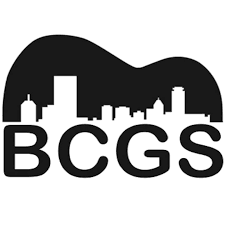